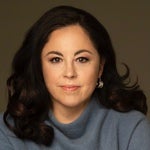 Attorney Caitlin Shortell is a fierce advocate for her clients and the rights of all Alaskans. After receiving her legal education in Boston and early legal work experience in San Francisco, Ms. Shortell  worked as an attorney for several Alaska public agencies and started her own firm in 2009.

Since founding a private practice in 2009, Ms. Ms. Shortell has fought and won landmark civil rights victories and won everyday battles for individuals, including but not limited to the following:

Ms. Shortell has focused her law practice on representation for employees. The following is just a sample of Ms. Shortell's employment law accomplishments:

Ms. Shortell was plaintiff's counsel in Hamby v. Parnell (2014),the case that secured same sex couples the right to marry in Alaska . Ms. Shortell helped write and pass the LGBT-inclusive Anchorage Equal Rights Ordinance (2015) Five years after winning the lawsuit that secured equal marriage, Ms. Shortell sued to stop the State of Alaska from a discriminatory practice of denial of PFDs to same sex military spouses and kids stationed out of State in Smith v. Dunleavy (2020).

Ms. Shortell has provided expert advice and testimony to the Alaska State Legislature and the Anchorage Assembly on LGBTQ Rights legislation and to Alaska's congressional delegation on the Equality Act. Ms. Shortell continues to serve LGBTQ clients in civil rights, employment, and family law cases.

Ms. Shortell is on the board of Identity Alaska.

Ms. Shortell is a committed advocate for the rights of women, children, and survivors. While working as an assistant attorney general between 2004 and 2008, Ms. Shortell did over one hundred contested hearings involving child abuse and neglect and never lost a case. She filed the first lawsuit in Alaska arguing that the failure to test a client's rape kit was a civil rights violation & advocated for an audit of the state's rape kit backlog (2015). She continues to represent survivors of sexual violence, including high profile cases involving state officials. Ms. Shortell has represented victims of sex discrimination and respondents in Title IX administrative proceedings in the university setting and United States District Court. Ms. Shortell is a volunteer for ANDVSA and the Times Up Legal Fund.

Ms. Shortell advocates on behalf of incarcerated people. As a law student, Ms. Shortell worked at the Prison Law Office, monitoring conditions for prisoners with disabilities. In her own private practice, Ms. Shortell obtained a monetary settlement after suing the State of Alaska Department of Corrections alleging that the State was negligent in allowing a client to be assaulted repeatedly and challenged the State's negligent mental health treatment and denial of reading materials to an incarcerated client.

Ms. Shortell has helped clients obtain reasonable accommodations in the workplace for their disabilities, advocated for a school district to make its website accessible to persons with vision disabilities, and has helped clients oppose harassment and discrimination based on disability. Before founding her own law firm, Ms. Shortell successfully litigated numerous cases of disability discrimination as Human Rights Advocate at the Alaska State Commission for Human Rights and worked as an intern at the Prison Law Office on a class action involving California state prisoners with disabilities.

Ms. Shortell is trained and practices as a mediator in Transformative Mediation. Ms. Shortell has successfully participated as counsel for litigants in numerous mediations and settlement conferences.

Ms. Shortell offers volunteer representation and legal advice for survivors of sexual and domestic violence through ANDVSA and the NWLC Times Up Legal Fund.

Ms. Shortell currently serves on the board of Identity Alaska and has previously served on the boards of Out North and Alaska Institute for Justice.

Thank you for contacting us. We will get back to you shortly.

Please complete all required fields below.

BOOK & PAY FOR A ONE HOUR CONSULTATION BY
CLICKING HERE